Part one of a lengthy article on Samuel Johnson, originally written in 2001, is a result of my interest in freelance, or market, intellectuals. 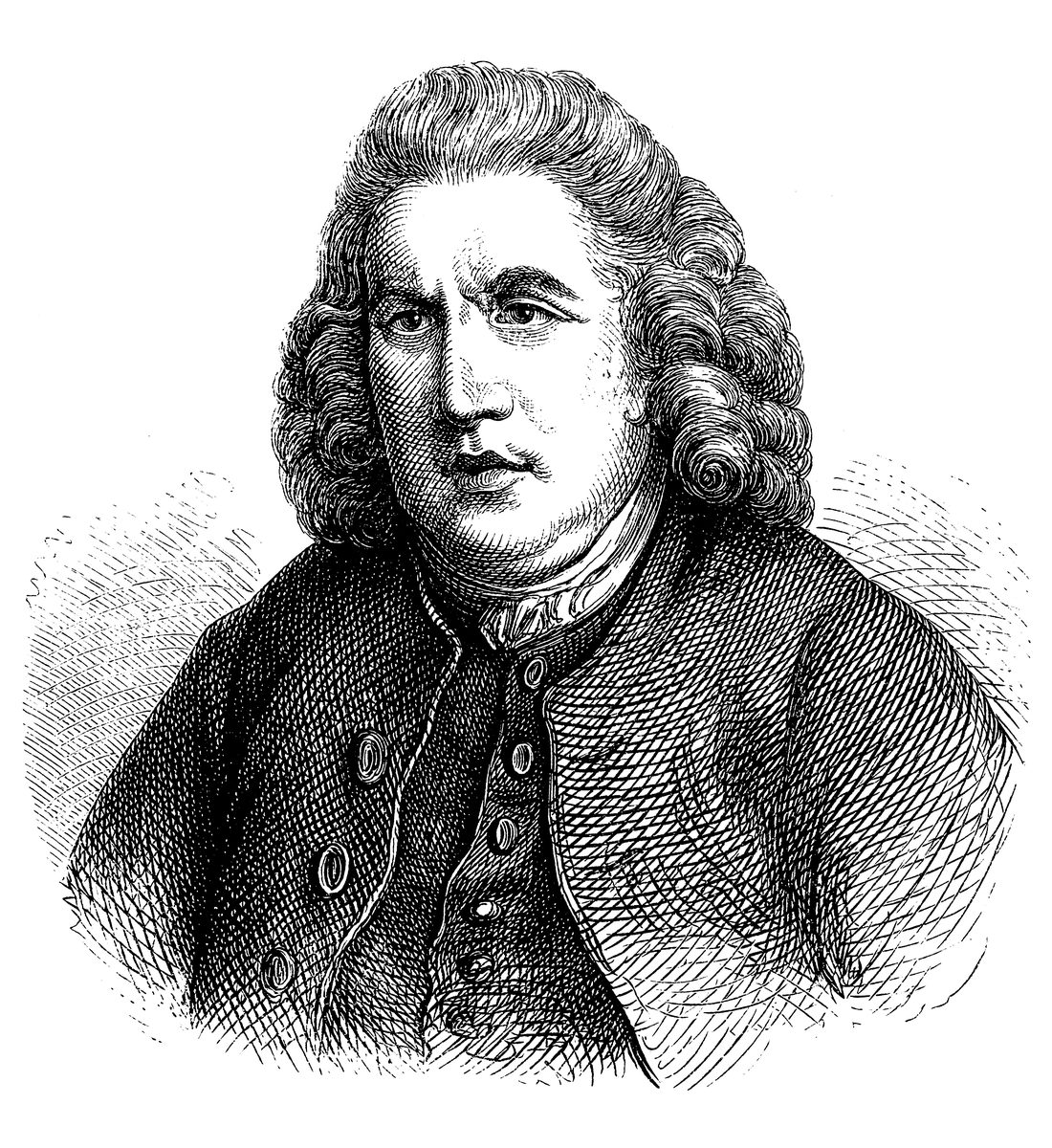 One historian has claimed that Samuel Johnson, despite his enormous literary output, “wrote nothing of first importance in the history of literature, and made no appreciable contribution to the philosophy or sum of knowledge of his age….” Though highly regarded as a poet in his own day, “Johnson’s claim to greatness does not lie in his poetry, but in his conversation….” There is a good deal of truth in this latter claim, regardless of how Johnson’s work may be judged in other respects. In 1763, Johnson met a young James Boswell, a Scotsman recently arrived in London who had studied under Adam Smith at the University of Edinburgh. Boswell became a protégé and disciple of Johnson, following him around whenever he could and transcribing the conversations and casual remarks of his hero. Later, after Johnson’s death, Boswell collected his accounts, along with the accounts of others and many of Johnson’s letters – and the result was the most celebrated gossipy biography of all time: the massive Life of Samuel Johnson, published in 1791. (All quotations, unless otherwise noted, are from this book.)

Boswell’s Life is a fascinating book on several levels. Not only do we get to see the formidable Samuel Johnson quip, argue, and pontificate his way through London society, and not only are we provided with valuable glimpses of other literary, political, and philosophic figures of the time, but we are also provided with a detailed record of one of the most able and eccentric professional writers in 18th Century London. Boswell, himself an aspiring writer, engaged Johnson in many conversations about books, writers, and – most significantly for our purpose – about the process of writing itself, and how a free-lance writer managed to survive in a highly competitive world of literary talent.

Samuel Johnson, the son of an impecunious bookseller, was born in Lichfield in 1709. Beginning in 1728, he spent 14 months at Pembroke College, Oxford, until poverty ended his formal education. Shortly thereafter, while staying in the home of a Birmingham bookseller named Mr. Warren, Johnson got one of his first paying jobs in the field of literature. A printer asked Johnson to translate a book (Voyage to Abyssinia) from French into English and offered him five guineas for his work.  Johnson agreed and started on the translation, but (in the words of Boswell) “his constitutional indolence soon prevailed, and the work was at a stand.” It was not until a friend intervened and explained to Johnson “that the printer could have no other employment till this undertaking was finished, and that the poor man and his family were suffering” that Johnson “exerted the powers of his mind” and finished the translation. Thus did a humanitarian incentive succeed where a financial incentive had failed.

After two unsuccessful attempts at teaching convinced Johnson that he was not cut out for this profession (the greatest minds, as Boswell defensively noted, often make the worst teachers), Johnson set out for London in 1737. Accompanied by a former pupil, David Garrick (who would later achieve fame as an actor), Johnson arrived in London virtually penniless. And thus began his life-long love affair with this great intellectual and cultural Mecca, which Boswell described as “the great field of genius and exertion, where talents of every kind have the fullest scope, and the highest encouragement.” As Johnson himself would later say of London:

Sir, if you wish to have a just notion of the magnitude of this city, you must not be satisfied with seeing its great streets and squares, but must survey the innumerable little lanes and courts. It is not in the showy evolution of buildings, but in the multiplicity of human habitations which are crowded together, that the wonderful immensity of London consists.

But London was not kind to Samuel Johnson, at least not financially. The problem was not with lack of work – for, among other projects, he contributed dozens of essays, poems, Latin verses, biographies, and even parliamentary debates to The Gentleman’s Magazine. Rather, the problem was that hack writing was not a lucrative career, even for an industrious and talented writer like Johnson. Boswell described the condition of Samuel Johnson and his friend Richard Savage as follows:

It is melancholy to reflect, that Johnson and Savage were sometimes in such extreme indigence, that they could not pay for a lodging; so that they had wandered together whole nights in the streets.

Johnson, as Boswell observed, had “felt the hardships of writing for bread,” so he sought an available position as schoolmaster “so as to have a sure, though moderate income for his life.” This job, however, required the degree of Master of Arts; and although Johnson was well-known as a literary figure by this time, his friends were unable to procure a degree for him from the University of Oxford. As Boswell noted, “though he had made such a figure in the literary world, it was then thought too great a favor to be asked.” But all this turned out for the best, according to Boswell, for despite Johnson’s disappointment, “how much reason has there been, both for himself and his country, to rejoice that it did not succeed, as he might probably have wasted in obscurity those hours in which he afterwards produced his incomparable works.”

Shortly after running into this dead end, Johnson backed up into another, as he made one more “effort to emancipate himself from the drudgery of authorship.” He explored the possibility of practicing law, only to find that “here, also, that want of a degree was an insurmountable bar.” Johnson thus found himself “under the necessity of persevering in that course, into which he had been forced.” His proposal to translate Father Paul Sarpi’s History of the Council of Trent was accepted, so Johnson continued on his diverse career as essayist, critic, biographer, reporter, dramatist, poet, lexicographer, and translator.

In 1747, Johnson published his plan for A Dictionary of the English Language, one of the most ambitious works ever undertaken by one person. (More on this later.) Yet despite the demands of this grueling seven-year project, Johnson maintained a brisk writing schedule for other publications. His work load supported his claim that “a man may write at any time, if he will set himself doggedly to it.” Despite his continuous work on his Dictionary, and despite what Boswell called his “constitutional indolence” and “depression of spirits,” Johnson managed to write nearly every article for every issue of The Rambler — a paper that he published twice a week for two years (1750-52). As Johnson told a friend at the time, “What must be done, Sir, will be done.”

Posterity will be astonished when they are told, upon the authority of Johnson himself, that many of these discourses, which we should suppose had been labored with all the slow attention of literary leisure, were written in haste as the moment pressed, without even being read over by him before they were printed. It can be accounted for only in this way; that by reading and meditation, and a very close inspection of life, he had accumulated a great fund of miscellaneous knowledge, which, by a peculiar promptitude of mind [Johnson was reputed to have a photographic memory], was ever ready at his call, and which he had constantly accustomed himself to clothe in the most apt and energetic expression. Sir Joshua Reynolds once asked him by what means he had attained his extraordinary accuracy and flow of language. He told him, that he had early laid it down as a fixed rule to do his best on every occasion, and in every company; to impart whatever he knew in the most forcible language he could put it in; and that by constant practice, and never suffering any careless expressions to escape him, or attempting to deliver his thoughts without arranging them in the clearest manner, it became habitual to him.

Like many writers of his day, Johnson kept a “Common-Place book” – a personal journal, in effect – in which he kept notes about possible topics for articles and how they should be written.

Here is an excerpt from the entry under “Youth’s Entry, & c.”:

Confidence in himself. Long tract of life before him. – No thought of sickness. – Embarrassment of affairs. – Distraction of family. Public calamities. – No sense of the prevalence of bad habits – Negligent of time – ready to undertake – careless to pursue – all changed by time.

…Hard it would be if men entered life with the same view with which they leave it, or left as they enter it. – No hope – no undertaking – no regard to benevolence – no fear of disgrace, & c.

Youth to be taught the piety of age – age to retain the honor of youth.

This, it will be observed, is the sketch of Number 196 of The Rambler

Johnson wrote many of his articles from scratch, without the aid of any “hints” from his notebook: “Indeed, in several instances, he has made a very slender use of them, so that many of them remain still unapplied.” Although many articles in The Rambler display a stern pietism that might not register with modern readers – Johnson belonged to the didactic school of thought, according to which literature should convey clear moral lessons — they are nonetheless remarkable for their philosophic slant on common character types and everyday events. As Johnson wrote in the concluding issue: “When common words were less pleasing to the ear, or less distinct in their signification, I have familiarized the terms of philosophy, by applying them to popular ideas.” And Boswell, in defending his hero against the charge that he was sometimes verbose, wrote: “Had his conceptions been narrower, his expression would have been easier.” Johnson “writes like a teacher. He dictates as from an academical chair,” and this inspires “awe and admiration in his readers.” His writing is therefore not like that of a light wine that “pleases everybody from the first.” Rather, it is “like a liquor of more body,” one that “seems too strong at first, but, by degrees, is highly relished….”

Johnson had an interesting attitude towards some of his pieces, as illustrated by his contributions (1753) to a periodical called The Adventurer, which was published by his friend Dr. Bathurst. Johnson, having signed a number of his articles with the letter “T,” later disavowed his authorship of all articles except one. This denial was “a point of honor” with Johnson. Having been paid two guineas each to write the articles anonymously, Johnson felt that it would violate his agreement with Bathurst to take credit later on.

This kind of ghostwriting, which was common at the time, disturbed Boswell, who said he was “not quite satisfied with the casuistry by which the productions of one person are thus passed upon the world for the productions of another.” Although the knowledge of a great writer, and even some of his “powers and qualities of mind” might be represented as the work of a lesser writer; and even though “an author may give the profits and fame of his composition to another man, he cannot make that other the real author.” Boswell thus compares ghostwriting to the selling of one’s birthright. Although this might be technically possible, the seller will always remain the first-born, no matter what agreement he makes with others – and this sort of transaction invariably has a disreputable air about it.