Intellectuals and Libertarianism: F. A. Hayek 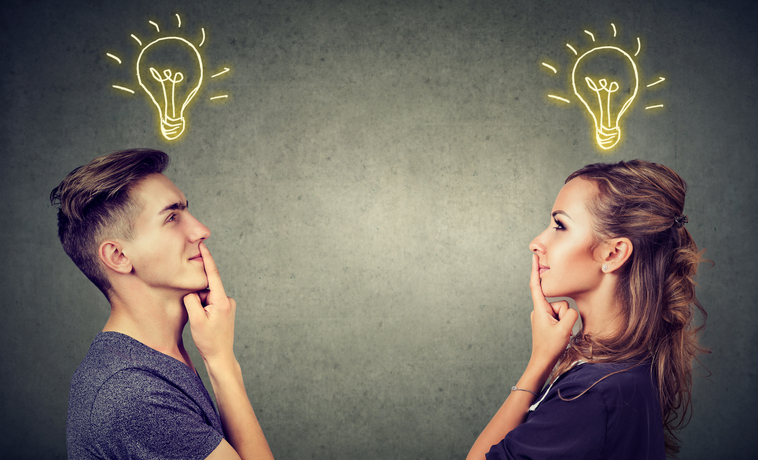 F.A. Hayek’s essay “The Intellectuals and Socialism” (in Studies in Philosophy, Politics, and Economics) is a superb discussion of the role of intellectuals in modern society. Although some points in Hayek’s essay may not be as relevant today as when first published in 1949—for example, a smaller percentage of contemporary intellectuals probably favor outright socialism than when Hayek was writing, while a greater percentage have embraced libertarianism—Hayek’s insights remain highly suggestive and useful for the modern movement.

Because the term “intellectual” has been used with various meanings (some of which I will explore later in this series), and because the label sometimes carries negative connotations, it is important to understand at the outset what Hayek means by “intellectual.”

An intellectual, for Hayek, is a “professional secondhand dealer in ideas.” In this context, the term “secondhand” does not disparage the intelligence, knowledge, or importance of intellectuals. Intellectuals may be intelligent or stupid, wise or foolish, knowledgeable or ignorant, quick-witted or dull, original or hackneyed. By “secondhand” Hayek means second in the order of the transmission of knowledge. Hayek’s intellectual is defined in terms of his social role in the dissemination of specialized knowledge to a wider audience; he is an “intermediary in the spreading of ideas.”

Hayek distinguishes the intellectual from the expert—the academic, scholar, or original thinker in a specialized field of knowledge. This does not mean that intellectuals cannot be experts, or vice versa; but insofar as the specialist addresses not just fellow specialists but the public at large, he is functioning in the dual roles of expert and intellectual. Though the roles of the expert and the intellectual are often embodied in different persons, this need not be the case.

This concept of the intellectual encompasses many professionals, including journalists, teachers, novelists, ministers, and even cartoonists and artists who convey ideas through their work. Also included are various professionals and technicians, such as scientists and doctors, who, because of the respect they command in their own areas of expertise, are taken seriously in other fields. Essentially, therefore, intellectuals are those who deal with ideas that are taken from other sources. Concerning the influence of intellectuals in modern society, Hayek writes:

There is little that the ordinary man of today learns about events or ideas except through the medium of this [intellectual] class; and outside our special fields of work we are in this respect almost all ordinary men, dependent for our information and instruction on those who make it their job to keep abreast of opinion. It is the intellectuals in this sense who decide what views and opinions are to reach us, which facts are important enough to be told to us, and in what form and from what angle they are to be presented. Whether we shall ever learn of the results of the work of the expert and the original thinker depends mainly on their decision.”

According to Hayek, most economists are opposed to socialism and protectionism, more so than in any other academic discipline. Typically, however, it is not the views of this majority but the pro-interventionist views of the minority that receive a public hearing, even though such views may be of doubtful standing in the economics profession. This is because left-leaning intellectuals, who transmit ideas to the general public, filter out ideas they disagree with and publicize the views of economists whose opinions coincide with their own. Thus, regardless of the dominance of free-market views among professional economists, their ideas will exert little influence politically because the public will be largely unaware of them. Such is the pervasive influence of intellectuals in contemporary society. Again quoting Hayek:

Even though [the knowledge of intellectuals] may be often superficial, and their intelligence limited, this does not alter the fact that it is their judgment which mainly determines the views on which society will act in the not too distant future. It is no exaggeration to say that once the more active part of the intellectuals have been converted to a set of beliefs, the process by which these become generally accepted is almost automatic and irresistible. They are the organs which modern society has developed for spreading knowledge and ideas, and it is their convictions and opinions which operate as the sieve through which all new conceptions must pass before they can reach the masses.

As Hayek points out, it is difficult to change the beliefs of intellectuals because they do not, indeed cannot, possess first-hand information about every new idea that comes their way. The intellectual judges a new idea not on its particular merits but rather on how neatly that idea fits into his other general notions. As philosophers of knowledge might put it, the intellectual assesses the truth or validity of a new idea not according to whether it corresponds to a fact of reality—which is something he cannot possibly know in every case—but rather on the coherence of that new idea with the rest of his beliefs. If the new idea is consistent with his belief system, he accepts it; if not, he rejects it.

The ideas of the intellectual are like pieces of an incomplete jigsaw puzzle in which new pieces are accepted or rejected according to how well they fit into the overall pattern. And since the intellectual determines the climate of opinion in his society, his jigsaw puzzle will tend to be the same as that of society generally. Therefore, if the intellectual rejects a piece because it doesn’t fit into his mental scheme, then, even though his rejection may be based on ignorance or error, that piece will never reach most people, who will then be deprived of the opportunity to judge it for themselves.

It is through this process that intellectuals play a crucial role in determining what in German is called Weltanschauung, or worldview—or to what Hayek, following other writers, variously refers to as the “climate of opinion” or “spirit of the time.” This notion, which today is commonly known as “public opinion,” refers to that amorphous but formidable collection of fundamental beliefs, whether true or false, about social reality that are embraced by most members of a given society. A basic purpose of Hayek’s essay is to explain how a social worldview is generated, sustained, and reinforced. Intellectuals, and especially philosophers (though not necessarily academic philosophers), exert a tremendous influence in this realm because their abstract theories serve as a social filter, trapping some ideas while allowing others to pass through to the lay public.

Hayek’s approach explains how the average person can be influenced by philosophic theories without studying those theories or even being explicitly aware of what they are. Such theories may have little or no intrinsic merit; they may be excessively vague or even self-contradictory; or they may seem so obvious so as to require no justification. The expression of a worldview is frequently preceded with phrases like As everybody knows, or It is obvious that…. Social worldviews tend to be self-reinforcing because, for the most part, only those ideas that are consistent with the worldview are allowed to pass through the filter of the intellectual to the public at large.

Hayek does not regard this selective process as a sinister conspiracy of intellectuals. Rather, it arises spontaneously and is necessitated by the vast number of ideas and bits of knowledge that circulate in a complex society, only a handful of which can be analyzed and assessed by any particular person. Accordingly, those who wish to establish a free society should focus, not on railing against the evil motives of their adversaries, but on replacing the erroneous ideas of those adversaries with better ones.

Hayek places great stress on this point. It is not enough merely to poke holes in an opposing theory or to point out its practical difficulties, because such problems can always be accounted for, or explained away, with ad hoc justifications that are consistent with the theory in question. No—if a free society is to be achieved, the prevailing worldview of statism must be replaced by a better set of theories, namely, the ideology of libertarianism. And this requires not only the continuous development of libertarian theory—which, of course, is crucial—but also the cultivation of libertarian intellectuals who can undertake the lengthy and arduous process of reshaping public opinion.

Most libertarians, both academics and non-academics, are intellectuals in Hayek’s sense, even though some may not think of themselves as such. We are engaged in communicating the ideas of liberty, whether to our friends and colleagues or to a broader audience. I encourage all libertarians to take seriously their roles as public intellectuals by increasing their knowledge and developing their cognitive skills. I suggest this, not only because it will enrich your life, but also because it will vastly improve your effectiveness as a libertarian activist. It is difficult to put into words exactly how this happens, but I know from personal experience that it does. Every so often I sit down and assess my ideology from scratch, attempting, as honestly as I can, to examine the ultimate foundations of my libertarian beliefs. Through this critical reexamination, combined with many years of reading and rereading libertarian classics and reflecting on what I have read, I have found a progressive improvement in my ability to communicate ideas and persuade others.