Sidney Parker, Egoist: Against All Systems

Sidney Parker’s thoroughgoing Stirnerite individualism set him outside and against all political and moral ideologies. 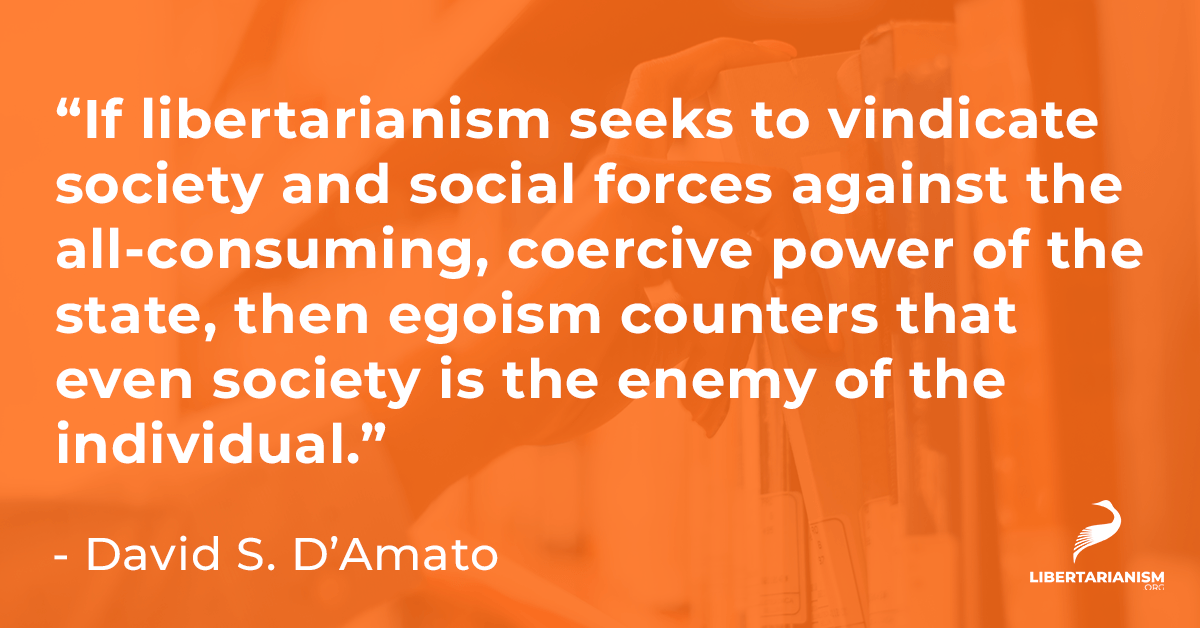 The writer, publisher, and archivist Sidney E. Parker was born on November 9, 1929, in Birmingham, England; he left school for the adult world of work at the age of 14, encountering radical labor politics and joining the Communist Youth League as a teenager. By his own account, Parker became an anarchist when he was just 17, in 1947, persuaded, at that time, that anarchism must be a stateless communism, a position to which he held for some ten years. An encounter with Max Stirner’s impassioned work of subversion, The Ego and Its Own (1844), in 1961 sufficed to break communism’s hold on Parker.

Though an exploration of Stirner’s book and its iconoclastic message is beyond the scope of this article, it is important to note that it is a deeply anti-ideological work, concerned to depose all “fixed ideas,” ideas that have subjected the individual, their creator, to their rule. Stirner’s book does not discriminate in its attacks on ideology, doing violence to all notions of the absolute, essential, or sacred. Stirner suggests that we have allowed such ideas, which are abstractions and thus, he argues, have only the reality that we give them, to possess us and render us “fools in a madhouse.” Under the sway of ideology, we never serve ourselves and our own interests and desires—only the various spectres we have conjured up.

Whereas the “rational egoism” of Ayn Rand made altruism its foremost ideological enemy, Parker’s egoism follows Stirner in making all fixed ideas and systems its enemies. Parker quotes the egoist John Beverley Robinson, who wrote that egoism “is the realization by the individual that he is above all institutions and all formulas.” Robinson anticipates Rand’s arguments to the contrary, concluding with the observation that egoism is “is the antithesis, not of altruism, but of idealism,” in which the individual, duped by abstracts -isms and ideals, makes himself their subordinate. For Parker, the implications of Stirner’s book were clear enough: any repression of the individual is intolerable and unjustifiable, premised on the belief in mere “spooks,” from which it follows that anarchism, as “the philosophy of living without authority,” is inherently individualistic.

Beginning in 1963, Parker edited and published the individualist anarchist review Minus One, the pages of which saw contributions from Laurance Labadie, Kerry Thornley, Mark A. Sullivan, and Emile Armand, among many others. In it, Parker propounded his anarchist individualism, damning capitalism and socialism alike. In a 1966 issue, he writes, “Anarchism stands for leaving each individual free to provide for himself what he needs and is therefore not a complement of socialism but its opposite.” Socialism, Parker goes on, represents a totalitarian “herd-philosophy” that “would deny all freedom of choice,” suppressing voluntary exchange and robbing the individual of the freedom to be an “independent economic unit.” Parker thus renounced his earlier anarchist communism, sure now that it would mean, in practice, rendering the individual “powerless before the economic collectivity,” the “ego dissolved into the amorphousness of an egalitarian herd.” Parker came to regard communist anarchism as a tepid midway point between anarchism (the genuine article) and socialism—as an anarchism unable to fully embrace “the liberating individualism” for which it yearns because it has not severed ties with “the democratic-proletarian-collectivist myths of socialism.”

Parker was also disdainful of those who attempted to defend capitalism—which he regarded as a system of “economic exploitation and monopoly”—as a form of individualism. “What is individual,” asks Parker, “about the armies of city gentlemen marching into and out of their offices at the same times five days a week … ? And how individual are the herds of industrial workers serving the machine-god and repeating the same robot rituals throughout their lives?”

Among the most salient differences between Parker’s egoist anarchism and contemporary libertarianism, if we may, is his unequivocal rejection of all systems of morality. Most contemporary libertarians, whether they subscribe to a theory of natural rights or not, see their libertarian values as a necessary upshot of some more general ethical theory (and there are many ethical theories that libertarians suggest support libertarianism as a political/social ideology). Libertarians frequently argue that their political philosophy, though it seems radical and controversial, entails merely the consistent application of what are actually widely-accepted, basic moral precepts.

For egoists like Parker, all such moralities are, in the final analysis, no different from religion, only replacing God with notions of Man or Humanity that abstract them away from and above actual individuals. Many of libertarianism’s most characteristic features and arguments would not survive the egoist onslaught.

Libertarians have tended to argue, for instance, that in a free society, in which all respect the rights (rights broadly defined, that is, not limited to particular theories of natural rights) of others, there will obtain a natural harmony of interests, and that this harmony will serve the common good quite without any conscious design. Egoists deny emphatically that there is any such natural harmony, regarding the idea as a puerile superstition calculated to subdue the individual and his desires.

If libertarianism seeks to vindicate society and social forces against the all-consuming, coercive power of the state, then egoism counters that even society is the enemy of the individual. Parker expressed agreement with the egoist Renzo Novatore: “Every society seeks to confine me to the august limits of the permitted and the prohibited. But I do not acknowledge these limits, for nothing is forbidden and all is permitted to those that have the force and the valour.” Here, anarchism is decidedly not—as it is in its libertarian expression—the spontaneous emergence of a free society’s natural tendencies from beneath the crushing weight of the state; it is instead “the decisive fight against all societies.” Elsewhere Parker writes similarly: “To make plain one’s own interest is by no means as impressive as invoking the interests of ‘society.’ And as long as one is not called upon to explain how such a disembodied entity can have interests the myth remains intact for the future use of its beneficiaries.”

Parker went still further, arguing that it was a “mistake to conceive of anarchism as a social theory” at all, rejecting the argument, advanced by so many anarchists, that anarchism had in fact been realized as a social system, at least approximately, in certain primitive societies. While he concedes that such societies may have been without “vertical authority exercised by a State,” he points to “horizontal authority” in the form of customs that were frequently as “ubiquitous and despotic” as the laws of the modern state.

Still, even in the wholesale repudiation of morality and resistance to society, egoists admit that prudence may counsel self-control and restraint, and Stirner himself posited a Union of Egoists (Verein von Egoisten), a society of conscious egoists “incessant[ly] self-uniting.”1 Egoists want all cooperative endeavors to reflect the authentic interests of those involved, adaptable to the fluctuations of those interests and never becoming fixed ends in themselves.

Indeed, Parker admired individualist anarchist Josiah Warren for condemning “artificial combination” and promoting the principle of “Individuality.” Parker’s treatment of individualist anarchists like Warren and Benjamin Tucker clearly evinces his egoist attitudes and the important differences between his conception of individualism and theirs. In a review of James J. Martin’s Men Against the State, a history of individualist anarchism in America, first published in 1953, Parker remarks that the mistake of anarchists such as Warren and Tucker was to entertain the quixotic belief that it would be possible or desirable “to establish a future society on the basis of their ideas”—an idealism which, for Parker, deforms their “championship of the individual.” For anarchists of the egoist sort, anarchists like Parker, the attempt to inaugurate a utopia on the basis of anarchist ideas was and would always be an exercise in naivety and futility, as well as an attempt to make of anarchism an idol, fixed in place and to be worshipped and served. The ideas of Warren and Tucker were valuable to the individual only insofar as they could be “shorn of social utopianism,” properly repositioned as a bold recognition of the sovereignty of the individual and, accordingly, the importance of individualizing interests.

Parker wrote of a testy exchange between Benjamin Tucker and the egoist Dora Marsden, in which she scoffingly dismissed anarchism as “clerico-libertarianism,” fixated on an impossible dream of peace and harmony, a dream predicated on a religion of humanity, making Man the abstraction to replace God as the thing to which the individual must genuflect. In the early ‘80s, Parker eventually follows Marsden. He discards anarchism as “a redemptionist secular religion concerned to purge the world of the sin of political government,” and demanding of the individual various acts of piety and self-denial. In a 1984 issue of his journal Ego, for example, Parker notes that he “discovered after many years of trying to make the two [i.e., Stirner’s egoism and anarchism] fit” that they are ultimately irreconcilable,  anarchism presenting another “theory of renunciation” like Christianity.  In Parker’s thought, as in Dora Marsden’s and John Beverley Robinson’s, the egoist is not a devout votary, but an archist who, though he has no reverence for the state, will support the state if it “does things that benefit him.” “[I]f it attacks him and encroaches on his liberty, he will evade it by any means in his power, if he is not strong enough to withstand it.”

Parker was always a fiercely independent thinker, unbothered by others’ opinions of him or his ideas. Earlier, before abandoning his anarchism, Parker had happily risked excommunication from the anarchist rank and file for heretically suggesting, in the pages of the venerable anarchist periodical Freedom no less, that anarchists might look for allies among the “libertarian Right” (that is, roughly, free-market libertarians), rather “than among the assorted socialist sects.” In his article “Anarchism from the Right,” a review of both Murray Rothbard’s Power and Market and Spencer MacCallum’s The Art of Community, Parker notes that while the incompatibility of free markets with the state is not a new idea, citing thinkers such as Albert Jay Nock, Auberon Herbert, and Wordsworth Donisthorpe, among others, the “identification of anarchism with ‘pure’ capitalism” in the burgeoning libertarian movement in the United States was a novel development. Parker, though he accepts Rothbard as plausibly an anarchist (despite Rothbard’s endorsement of capitalism), sees Rothbard as elevating the spook of “a body of absolute law” (Rothbard’s words) to replace the spooks of statism and collectivism. Thus does Rothbard fashion a new sacred absolute, which cannot be changed or questioned by the individual. Rothbard, for his part, wrote admiringly to Parker, praising Minus One and Parker’s “lone dissent and battle against the legions of collectivist anarchism in England.” Parker was an ardent anti-socialist and anti-communist in an anarchist milieu thoroughly saturated in laborist ideologies. His ideas are important to the contemporary libertarian movement in that they present an undiluted vindication of the unique individual, one that allows nothing, not even the most uncontroversial moral considerations, to cloud its egoist vision.