The Use of Euphemisms in Political Debate

Euphemisms tend to serve as signals of political-tribal membership, but also as means to convince ambivalent voters to support one policy or the other. 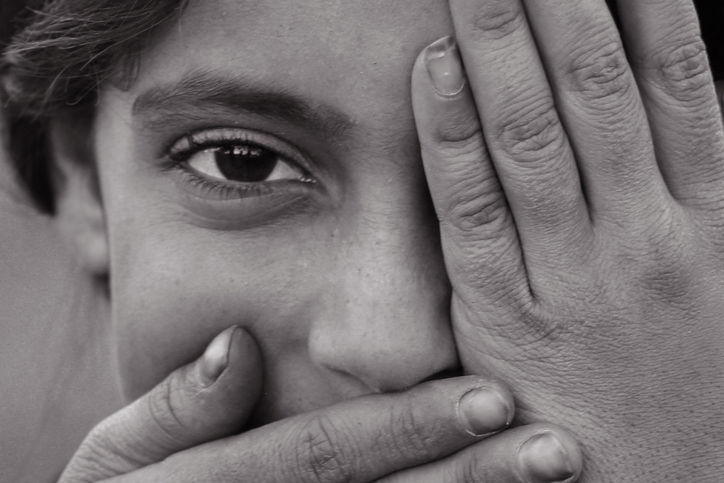 Political debate in the modern world is impossible without memorizing a list of euphemisms, and there is no shortage of public opprobrium for those who talk about certain topics without using them.  In addition to the many euphemisms that are accepted by virtually everybody, the political left has its own set of euphemisms associated with political correctness, while the political right has its own set linked to patriotic correctness. Euphemisms tend to serve as signals of political-tribal membership, but also as means to convince ambivalent voters to support one policy or the other. Violating the other political tribe’s euphemisms can even help a candidate get elected President. This post explores why people use euphemisms in political debate and whether that effort is worthwhile.

Euphemisms change over time. Harvard psychologist Steven Pinker termed this linguist evolution the “euphemism treadmill” and, over twenty years ago, argued that replacing old terms with new ones was likely inspired by the false theory that language influences thoughts, a notion that has been long discredited by cognitive scientists. Pinker described how those who board the euphemism treadmill can never step off:

People invent new “polite” words to refer to emotionally laden or distasteful things, but the euphemism becomes tainted by association and the new one that must be found acquires its own negative connotations.

Few political debates are as riddled with euphemisms as immigration. The accurate legal term “illegal alien,” which was once said without political bias and is now almost exclusively used by nativists, was replaced with “illegal immigrant” which was supplanted by “undocumented immigrant” and, in rarer cases, “unauthorized immigrant.” Goofy terms like “border infiltrator” and “illegal invader” have not caught on yet.  Proponents of the new term “undocumented immigrant” argue that nobody can be illegal, so the term “illegal immigrant” is inaccurate as well as rude.  Of course, nobody is undocumented either, as they just lack the certain specific documents for legal residency and employment.  Many have drivers licenses, debit cards, library cards, and school identifications which are useful documents in specific contexts but not nearly so much for immigration. “Misdocumented immigrant” would be better if the goal was accuracy, but the goal seems to be to change people’s opinions on emotional topics by changing the words they use.

In the immigration debate, the euphemism treadmill can sometimes run in reverse and actually make political language harsher. This “cacophemism cliff” turned “birthright citizenship” into “anchor baby” and “liberalized immigration” into “open borders.”

In the long run, stepping onto the euphemism treadmill can seem like a fool’s errand. As Pinker explains, people’s feelings toward the replaced term are merely transferred to the euphemism because we all have concepts that we use words to describe but we don’t use words to invent new concepts. The concept-to-word cognitive production process only affects the sound of the output, not its meaning.

Not all is lost for exercisers on the euphemism treadmill.  They just have to lower their expectations and be satisfied with framing political discourse, rather than the quixotic goal of changing concepts with words. Framing is a psychological technique that can influence the perception of social phenomena, a political or social movement, or a leader. Research in political psychology has shown that framing works through making certain beliefs accessible in memory upon exposure to a particular frame. Once certain beliefs are activated through the mechanism of framing, they affect all the subsequent information processing. An example of framing’s power to affect perception is that opinions about a Ku Klux Klan rally vary depending on whether it is framed as a public safety or free speech issue.

Framing can steer public opinion in opposite directions of the political spectrum. The “undocumented immigrant” frame will invoke different beliefs from the “illegal alien” frame. Specifically, the former is describing the issue as a bureaucratic government problem afflicting ordinary immigrants.  The latter frames it as a law and order problem with foreign nationals. These two euphemisms, although meant to represent the same concept, do so in different ways that convey different messages and will pull the receivers of the frames in different directions. Most people feel sympathy toward those caught up in a cruel bureaucratic morass but are much less sympathetic to lawbreakers.

Following this logic, a policy proposal titled “path to citizenship for undocumented immigrants” is going to attract more support than “amnesty for illegal aliens.” Both “path to citizenship” and “amnesty” here mean legalization. However, the term “legalization” implies that there has been something illegal about that group of people, an association which many proponents want to avoid. “Path to citizenship” is a much softer frame that invokes positive emotions.  On the other side of the debate, “legalization” has been replaced with “amnesty,” which has a more negative meaning.  Proponents and users of the term “amnesty” are emphasizing that it is a pardon for an offense rather than a fix of a bureaucratic problem. “Pathway to citizenship” is also sometimes replaced by “earned legalization” or “comprehensive immigration reform.” These two expressions bring up considerations about legality and reform, both of which are far more cognitively charged than “path to citizenship” and therefore less likely to be used by supporters of such policies.

Euphemisms can help legitimize otherwise prejudiced rhetoric. Consider “extreme vetting”, a phrase that has been referred to as a euphemism for “discrimination against Muslims.” Using this particular euphemism helps one accomplish two goals. First, it helps separate oneself from blatant discrimination based on religion or national origin, which is important because prior research in political science has shown that people are increasingly sensitive to social desirability and so are unwilling to express bluntly prejudiced beliefs since it has become less socially acceptable to do so. Thus, masking such prejudice under a neutral euphemism is rather useful in that regard. Second, it still conveys the overall message of hostility to the audience that is receptive to such rhetoric – also known as a dog whistle. Therefore, you can indicate your own beliefs and connect the audience with similar beliefs without coming across as being bluntly prejudiced.

A somewhat similar idea is behind the use of the “illegal invader” term, which goes even further by invoking a threat frame. Threats could be powerful tools since, once threatened, people tend to overestimate the risk and support policies that minimize the threat no matter how small it actually is.  Threat frames negatively bias listeners against this group.

An important effect of threat frame euphemisms is that they can dehumanize and attach negative attitudes to certain groups. Consider the euphemisms “anchor baby” and “catch and release.” “Anchor baby” stands for children born to foreign nationals who are in violation of their immigration status while on U.S. soil.  Those children have automatic citizenship under the U.S. Constitution.  Such children are called “anchor babies” in order to highlight the idea that they are used by their parents to secure their stay in the country although that rarely actually happens. The term dehumanizes both the parents and their children by describing these individuals through association with an inanimate object, the “anchor,” and that the only purpose for the existence of the children is to resolve the parent’s problem with immigration law.  Threat frames also extend to other criminal activity related to immigrants.

There are examples of other indirect expressions that are not euphemisms. Let us consider “catch and release” and “sanctuary city.” “Catch and release” is used to describe an act of apprehending illegal immigrants and subsequently releasing them. A “sanctuary city” is a city that limits their cooperation with federal immigration enforcement.  These two are used by both sides of the immigration debate and do not have a positive or a negative substitute. The problem with them is that both the expressions might as well pertain to the “animal kingdom” domain, which can be demeaning and humiliating when used to talk about people. “Catch and release” brings up associations with fishing and hunting, thus dehumanizing those that are being caught and released. Similarly, the word “sanctuary” is frequently used to describe a wildlife refuge. Similar to the “anchor baby,” they are of dehumanizing character.  Both of these euphemistic expressions, although not meant to do any harm and not created by political elites, could generate unfavorable attitudes.

Euphemisms are effective as subliminal primes because they are short and compact expressions.  Priming is an instrument that activates preconscious expectations according to research in political psychology.  Priming is similar to framing but has important differences, as it invokes an automatic reaction without the reader having to read through the whole article. Even a split-second glimpse at the title has the priming effect. As opposed to frames, primes require less time and less cognitive effort to be successful in shaping public opinion.  Primes color the perception of all information that follows the prime.  Consider the hypothetical article titles “Birthright Citizenship for Children of Undocumented Immigrants” versus “Illegal Alien Anchor Babies.” Although these two expressions technically have a similar meaning, they can subconsciously prime the reader and bias all of his subsequent information processing. The reader who encounters the first of the two expressions is likely to have a pro-immigration bias primed, whereas the second will have the opposite direction bias.

Euphemisms as primes are particularly meaningful for citizens who are ambivalent about immigration. Consider a relatively more liberal person who is undecided on immigration. By encountering a random piece of news that uses “undocumented immigrants” instead of “illegal aliens,” an ambivalent voter is more likely to form a pro-immigration bias at a rather early stage because of his greater innate support for fairness, which is offended by the unequal distribution of documents. Whereas a relatively more conservative person who is undecided about immigration is far more likely to be swayed by the term “illegal alien”, because of their greater support for order and structure, which is offended by illegality.

This post explores the theoretical base of using euphemisms as tools of influence. Although there is some excellent research into these issues related to immigration, it is a field crying out for more experimental and empirical inquiry. Laboratory experiments with human subjects could confirm the effectiveness of specific euphemisms as primes or frames. Since such studies are often criticized for their external validity, a follow-up study that combines content analysis of relevant media with opinion polls that show changes in attitudes could also be useful.

An underexplored possibility is how euphemisms and frames affect political debate by spreading confusion.  People accustomed to the term “illegal immigrant” to describe foreign-born persons who are currently unlawfully residing in the United States might initially fail to react as negatively to the term “undocumented immigrant” merely because they don’t know what it means.  As soon as they know what it means, however, the negative feelings they associate with “illegal immigrant” would probably attach to the term “illegal alien.”  Another is how euphemisms build walls around political tribes and prevent them from talking to each other, thus deepening policy divisions that prevent middle-ground solutions.

These piece was originally published on the Cato at Liberty blog.

Alex Nowrasteh is the immigration policy analyst at the Cato Institute’s Center for Global Liberty and Prosperity.