Feminism Does Not Demand Collectivism

Libertarian feminists offer a thoroughly individualist version of feminist thought rather than the common collectivist understanding. 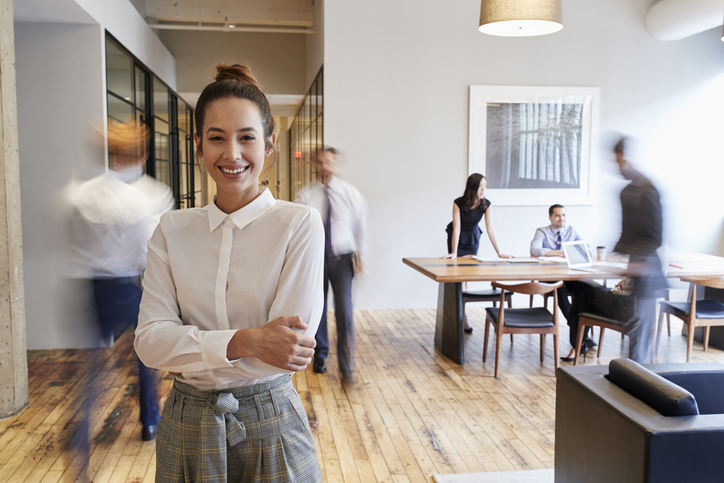 Collectivism: the practice or principle of giving a group priority over each individual in it

Individualism: a social theory favoring freedom of action for individuals over collective or state control

“But…isn’t feminism collectivist?” As a self-proclaimed libertarian feminist, that’s a question I’m confronted with frequently—and not without some good reason. After all, libertarianism is a political philosophy concerned with maximizing individual liberty, while feminism in its most prevalent form today tends to be heavy on groupthink, government solutions, and prioritizing an alleged greater good over freedom of expression, free association, and personal autonomy.

Yet there’s nothing inherent in feminist philosophy and activism that says it has to be this way. Throughout the history of modern feminist movements, tensions have arisen between individualist or libertarian feminists and their counterparts of more collectivist and socialist bents.

Within these divisions lie disagreements that are prone to plague many movements. Consider a set of related questions: Should social change come from voluntary action or top-down tactics? Can we count on spontaneous order and markets to produce equitable conditions for different groups of people? What is the end goal, actually—equality of opportunity or equality of outcomes? How much should identity matter under the law?

Feminists have also been long divided over questions of womanhood and manhood, femininity and masculinity. Consider another set of questions: Is biology destiny? Are ladies from Venus and men from Mars? Is gender a construct? A binary? Will boys be boys? Can women “have it all?”

To libertarian feminists, the first set of questions is simple. The only way true social change can happen is without the use of government force—i.e., by changing hearts and minds, rather than changing the laws. In policy terms, our goals are to tear down state-sanctioned sexism where it still exists—whether that sexism seems to benefit men or women more—and advocate for systems where sex and gender are irrelevant to how one is treated by agents of the state. Equality of outcomes is an okay thing to desire but not an okay thing to accomplish through legislative fiat (from a moral or practical perspective). While often framed as well-intentioned attempts to correct for historic discrimination, trying to officially give women  a “leg up” over men only winds up enshrining a separate-but-equal status under the law—a status that will backfire against women ultimately.

Considering all of this, our answers to the second set of questions are somewhat irrelevant. Sure, individual libertarian feminists might have strong and differing opinions on them. But when we get the state out of sex and gender, we rightly return these topics to the realms of science, philosophy, business, religion, and personal relationships.

Libertarian feminists might believe sex and gender are separate, the latter a construct, and the former way less formative than it’s often assumed. They may be attached to traditionalist  ideas about men, women, and family structure. They may hold idiosyncratic or no strong views on the matter. Yet what they share is a commitment to avoid making government policy and according rights based on perceived sex/gender differences or lack thereof.

Certain positions on sex and gender do seem more ideologically consistent with libertarian (or classical liberal) philosophy, however. And to agree on them, we needn’t wade into the nitty gritty of nature versus nurture, current conceptions of transgender identity, or moral theories about the best way to live. All we need is to adhere to a few widely-accepted scientific precepts and the widely observable evidence on this front.

This dictates that even if the majority of men share some trait or aspiration and the majority of women share some opposite trait or aspiration, there will still be large swaths of men and women who do not fall into line with their sex (not to mention the roughly one percent of people who possess biological markers both male and female). Even if most people are comfortable with the gendered expectations assigned to them on the basis of biology and culture, a lot of folks won’t be so keen on them. People with natural predilections toward particular ways may still overcome or subvert them under certain circumstances. And people who accord very squarely to gender and sex stereotypes in some regards tend to still break the mold in some ways.

Since in effect it’s impossible to say whether any particular person will neatly fit into any sex or gender category they’re assigned, the default should be to treat people—in personal interactions, business life, and under the law—as individuals.

There’s really nothing more collectivist than treating someone as simply a representative of their sex or gender. Or, to put it another way: Saying someone must be a certain way, believe certain things, or stay on certain paths because of their biology, or because most people in their identity category seem okay with it? That’s the opposite of an individualist outlook and the opposite of what true feminism stands for.

As a libertarian and someone who firmly believes that politics is downstream from culture, I think that one of the most important contributions of feminism (in all its messy, infighting glory) over the past two centuries has been challenging collectivist notions of sex, fighting for the prerogative of all people to be as “feminine” or “manly” as they like, and fighting for people’s right to live as traditionally or as radically as they would like (so long as they’re not infringing on the rights of others). Unfortunately, progress on this front has often been met with backlash by reactionaries on all sides, accompanied by attempts to control people’s personal relationships and habits if they don’t conform to some progressive ideal and to speed social progress and ladies’ liberation at the expense of other groups and general liberty.

Elizabeth Nolan Brown is an associate editor at Reason magazine and the co-founder of Feminists for Liberty. Her writing has also appeared in publications such as The New York Times, The Daily Beast, Buzzfeed, Playboy, Politico, Fox News and Los Angeles Times.