No, the State Shouldn’t Pay Homemakers

Government stipends for homemakers are back in the news—but the case for such payments falls apart under scrutiny. 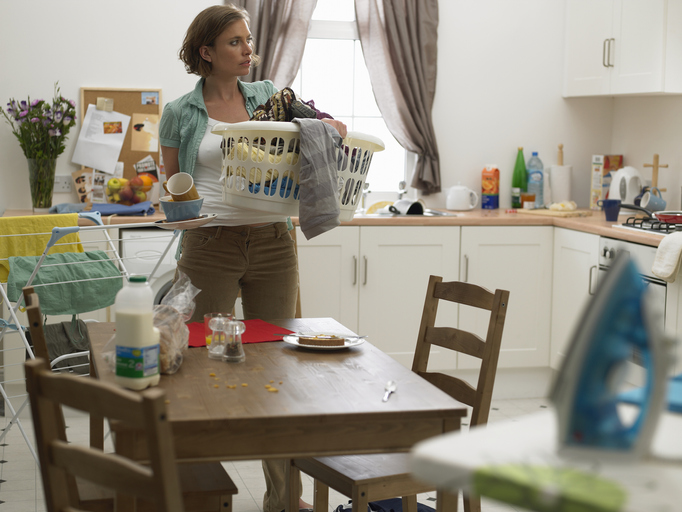 A column by Claire Miller in the October 3rd, 2019, New York Times poses the question “Stay-at-Home Parents Work Hard. Should They Be Paid?”  I couldn’t even get past the headline without asking “paid by whom?”  The idea that the working parent should pay a salary to the stay-home parent seems like plugging the extension cord into itself and hoping for unlimited power.  Of course what is meant is that there should be a government payment. The column notes that both support for, and opposition to, this idea can be found from both liberals and conservatives. However, the column, which seems generally sympathetic to the idea, focuses on the recent resurgence of this idea among Democratic presidential candidates. Sadly, the main arguments offered are examples of fallacious reasoning.

Andrew Yang, for example, is quoted as explaining the concept thus: “‘The question is: What do we mean by work?’ Andrew Yang said on The Daily last month, and gave as an example his wife, who stays home with their sons. ‘I know my wife is working harder than I am, and I’m running for president. And right now, the market values her work at zero.’”

But that’s entirely incorrect. The market does not value her work at zero. We don’t know exactly what the market would value it at for the simple reason that she is not selling it in a market. She is doing the work on a voluntary basis as a way of contributing to the sort of family she has. It’s excellent that Yang appreciates her contribution and doesn’t take it for granted that she is working hard, but it doesn’t follow from that a family is a market.  Wealthy people actually pay a lot of money in order to have a maid, personal chef, nanny, chauffeur. No one pays me to mow my lawn—does that mean the market values lawnmowing at zero? Of course not. If one wanted to pay for lawnmowing services, one would quickly discover that it has a non-zero market value.

In fairness, Yang may be referring to the fact that when the work is done voluntarily, it doesn’t have market value, so it seems like something that society doesn’t recognize the importance of.  But surely it would be odd to suggest that something isn’t regarded as important because it doesn’t have a market value. There’s no market value per se for loving relationships, but that doesn’t imply that society doesn’t recognize the importance of love.  Indeed, progressives often criticize classical liberals for thinking there are or could be “markets in everything,” yet here the objection seems to be that there should be one where there isn’t. But families aren’t markets.

Yang’s error has another dimension. Strictly speaking, “the market” doesn’t value his wife’s work, or anything else, at any rate.  Individual consumers value goods and services, and market prices reflect a rough aggregation of that.  So, the “market value” isn’t what any one person values.  It’s approximately a hundred dollars for a professional lawn service to come do my work for me, but I choose to do it myself.  That’s a hundred dollars I have to spend on other things.  I also drive myself to work rather than hiring a chauffeur.  That doesn’t mean the market value of chauffeuring is zero—it just means that, whatever the market value is, I choose not to pay it, but plenty of wealthy people do in fact have chauffeurs.