America’s Middle Class Gets More Welfare Than the Poor

Programs for the poor are only a tiny portion of the U.S. welfare state. 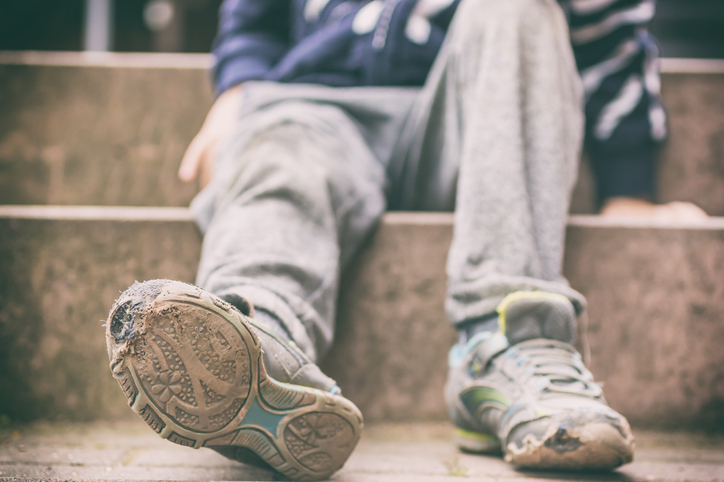 When most Americans think of welfare, they think of programs designed to assist the poor, programs such as Temporary Assistance for Needy Families (TANF), food stamps (SNAP, the Supplemental Nutrition Assistance Program), or housing subsidies. Indeed, there are more than 100 federal anti-poverty programs. More than 70 of those provide benefits (cash or in-kind) directly to individuals, while the rest provide assistance to low-income communities. The federal government spends more than $857 billion per year on these programs, while state and local governments kick in an additional $300 billion.1

Yet, programs for the poor are only a tiny portion of the U.S. welfare state. In fact, the Congressional Budget Office estimates that more than 60 percent of American households receive more in government benefits than they pay in taxes. To get an idea of just how big the American welfare state has become, consider that those transfer payments from the federal government are equal to 34 percent of all wages and taxes in the U.S.2

And it is not just a question of raw dollars. Increasingly, the welfare state is the main thing the federal government does: In the years before the Great Depression, transfer payments made up less than 10 percent of federal expenditures. In 1965, at the start of Lyndon Johnson’s Great Society, that percentage had roughly doubled to 19.7 percent. By 2010, it had doubled again, reaching 41.8 percent. Today, it tops around 62 percent.

The largest transfer programs are the middle-class entitlements, Social Security and Medicare. In addition, a large portion of the third biggest entitlement program, Medicaid, actually goes to the middle-class elderly and disabled individuals, not the poor. Those three programs alone now make up more than half of all federal spending.

Yes, Social Security and Medicare are Parts of the Welfare State

Of course, many recipients of Social Security and Medicare will object to calling them “welfare” (or even “entitlements”). They would point out, correctly, that they have paid taxes that they were told were intended to finance those programs. In fact, some 2/3rds of Americans pay more in Social Security and Medicare payroll taxes than they do in federal income taxes. But this fundamentally misunderstands how those programs are funded, both as a matter of law and practice.

First, the Supreme Court has ruled, in both Nestor v Flemming3 and Helvering v Davis,4 that there is no relationship between taxes paid into Social Security (and by extension Medicare) and the benefits received from those programs. Payroll taxes may be designated FICA (Federal Insurance Contribution Act) taxes and referred to as Social Security taxes, but the court makes it plain that they are “paid into the Treasury like any other internal revenue generally and are not earmarked in any way.”5

Second, we need to understand that, in practice, when an individual pays Social Security taxes, none of those taxes are set aside for that individual’s benefits.  Rather, they are used to pay benefits to those who are currently retired.  Social Security is merely a transfer payment from workers to retirees.  In that sense, it operates exactly the same as any other transfer or welfare program.

Third, while this will not necessarily be true for future generations, current retirees can expect to receive more in benefits than they paid in taxes. Many individuals will receive more than taxes paid plus a reasonable amount of interest on those taxes.

Medicare operates in much the same way. There is no contractual right to benefits, which can be and are changed frequently.  And it operates as a transfer payment from workers to retirees/recipients. Indeed, with Medicare, the welfare aspects of the program are even more apparent since roughly 43 percent of the program’s financing comes directly from general revenues without the illusion of a dedicated payroll tax.

Finally, Medicaid is commonly thought of as a program for the poor. However, a substantial portion of its benefits go to middle-class families, notably to long-term care benefits for nursing homes.  Moreover, none of this includes a host of other social welfare programs from unemployment insurance to workers’ compensation to educational subsidies that primarily benefit the middle-class (or in many cases the wealthy).  This is not to say that all such programs are bad or should be quickly eliminated, but it does mean that discussions of the size, cost, and lack of sustainability of the modern welfare state should take a larger view.

A justifiable alarm has been raised about America’s $22 trillion national debt. Yet, that debt represents only a small fraction of this country’s real indebtedness.  The unfunded obligations of middle-class entitlements like Social Security and Medicare dwarf the “official” debt.

In 2020 the cost of social security is expected to exceed income for the first time since 1982.  From that point on, the deficits simply grow larger forever.

Of course, in theory, Social Security can continue to draw from its Trust Fund until 2030 after that the fund will be exhausted. However, the Trust Fund is simply an accounting measure, not an actual accumulation of assets that can be used to pay benefits.  As the Clinton administration once explained it:

These [Trust Fund] balances are available to finance future benefit payments and other Trust Fund expenditures—but only in a bookkeeping sense. …They do not consist of real economic assets that can be drawn down in the future to fund benefits. Instead, they are claims on the Treasury that, when redeemed, will have to be financed by raising taxes, borrowing from the public, or reducing benefits or other expenditures. The existence of large Trust Fund balances, therefore, does not, by itself, have any impact on the Government’s ability to pay benefits.6

Overall, according to the Social Security system’s trustees, the program faces a future shortfall of more than $43 trillion7 (measured in discounted present value over an infinite horizon—that is, if the government put away $43 trillion today and earned 3 percent interest on those funds, it would have enough money so that, combined with payroll taxes, it could pay all future benefits). Unfortunately, however, the federal government doesn’t have an extra $43 trillion. As a result, there is simply no way that Social Security can pay future benefits without a massive tax increase.

In fact, from 1999 until March of 2011, a benefit estimate was mailed to workers annually. During the Bush administration, the Personal Benefits Statement (PEBS) contained a disclaimer that:

Your estimated benefits are based on current law. Congress has made changes to the law in the past and can do so at any time. The law governing benefit amounts may change because, by 2040, the payroll taxes collected will be enough to pay only about 74 percent of scheduled benefits.”8

Estimating Medicare’s future unfunded liabilities is much harder. Not only do we have to consider changing demographic trends and the aging of society as with Social Security, but also expected future changes in health care costs. Still, to see the unsustainability of Medicare, consider two facts.

First, a typical two-earner middle-income couple, both earning an average wage of roughly $55,000 a year, will pay slightly more than $140,000 in Medicare taxes and premiums over their lifetimes. That’s a substantial amount. But that same couple can expect to receive more than $422,000 in Medicare benefits during their lives. That’s a model of unsustainability.9

Or look at it another way. In 1975, 24.8 million Medicare recipients were receiving an average of $1,985 each year in benefits. By 2015, the number of Medicare recipients had more than doubled to 55.4 million, while the average annual cost of benefits per person had risen six-fold to $12,559. And, by 2025, there will 73.3 million beneficiaries, each receiving an average of $19,405 in benefits. One needn’t be clairvoyant to follow that trend to disaster.10

The best guesses suggest that the total unfunded liabilities of Medicare (in discounted present value terms) may well exceed $56 trillion over the infinite horizon.11 That makes Medicare an even bigger fiscal nightmare than Social Security.

Finally, portions of Medicaid should also be included in the litany of middle-class entitlements which are adding to our rising tide of red ink. That is because, although around 77 percent of Medicaid enrollees fit the traditional profile of poor welfare recipients (such as mothers, and children), fully 2/3rds of the program’s expenditures go to the elderly and disabled for long-term care (i.e. nursing homes). Many if not most of those individuals were middle-income workers or retirees who have spent down or otherwise sheltered their assets in pursuit of the government assuming the cost of their care. Indeed, an entire industry of elder law exists to help seniors to shelter or transfer their assets in order to qualify for Medicaid.

Even if middle-class welfare programs were affordable, we should be concerned with the degree to which they crowd out better private alternatives.

For example, numerous studies have demonstrated that workers could have achieved higher retirement benefits if they had been allowed to invest even a portion of their payroll taxes in private capital markets. For example, workers retiring today can expect a return on their contributions of about 2.2 percent.  Younger workers can expect an even lower rate of return.  In fact, many younger workers will not even receive back what they pay into the system, let alone any return on investment.   Their returns could be negative.12 In contrast, the return on private capital in this country over the past century has been around 6.09 percent.13 That is over a period that includes the Great Depression, the 2008 market crash and the recession, which followed numerous other economic downturns, World War II, and other economic disruptions.

Yet, payroll taxes are so high that they make it difficult if not impossible for low—and middle-income workers to save privately.  Consider a minimum wage worker, who is paying 12.4 percent of their modest income in Social Security taxes.  Unlike the wealthy, they have little opportunity to save or invest privately.  What little discretionary income they might have had is being forced into a Social Security system that provides below-market returns.  Social Security, therefore, perpetuates inequality.

Moreover, as Martin Feldstein pointed out, even workers who might be able to save and invest could be dissuaded from doing so out of the mistaken belief that Social Security is doing that investment for them.  But because, as noted above, there is no saving or investment through Social Security, net national savings is lower than it would otherwise be, reducing capital investment, wages, national income, and economic growth.14

Medicare too squeezes out private options that might provide better insurance options and access for the elderly.  In fact, if a senior opts out of Medicare Part A, they lose all Social Security benefits.15 Seniors can choose not to participate in Medicare Part B but may be penalized if they choose to sign up later.   In addition, physicians are limited in their ability to accept cash-payment in lieu of Medicare reimbursement for covered services.  All of this limits seniors’ choices and is one reason that there is not a more robust insurance market for seniors.

And, of course, Medicaid has all but devastated the market for private long-term care insurance.

A Matter of Perspective

Michael Tanner is a senior fellow at the Cato Institute, where he heads research into a variety of domestic policies with a particular emphasis on poverty and social welfare policy, health care reform, and Social Security.