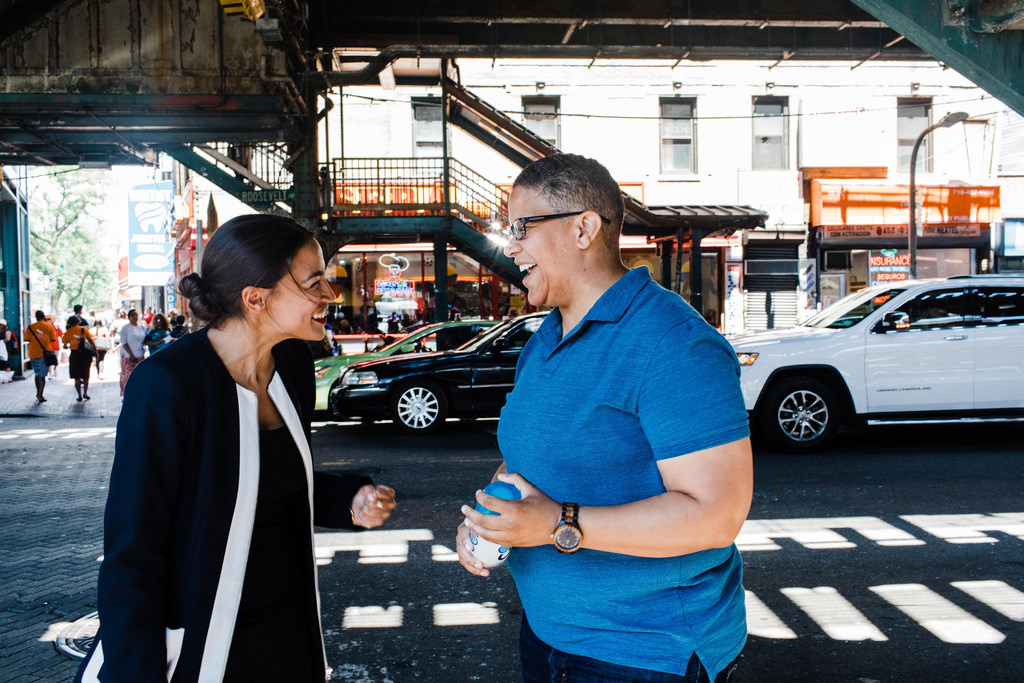 According to Krugman, Ocasio-Cortez’s policy of high marginal tax rates can be justified by “two propositions: [d]iminishing marginal utility and competitive markets.” I will concentrate here on Krugman’s statements about competitive markets. We shall see that see that Krugman commits several elementary economic mistakes that cannot be explained by pointing to his ethical views.

In a perfectly competitive economy, with no monopoly power or other distortions…everyone gets paid his or her marginal product. That is, if you get paid $1000 an hour, it’s because each extra hour you work adds $1000 worth to the economy’s output. In that case, however, why do we care how hard the rich work? If a rich man works an extra hour, adding $1000 to the economy, but gets paid $1000 for his efforts, the combined income of everyone else doesn’t change, does it? Ah, but it does—because he pays taxes on that extra $1000. So the social benefit from getting high-income individuals to work a bit harder is the tax revenue generated by that extra effort—and conversely the cost of their working less is the reduction in the taxes they pay. Or to put it a bit more succinctly, when taxing the rich, all we should care about is how much revenue we raise. The optimal tax rate on people with very high incomes is the rate that raises the maximum possible revenue.

Krugman’s argument is basically this: if a rich man gets paid exactly much as the wealth he produces, then the net effect on society is zero. It’s as if the rich man produced nothing at all. So the only benefit society obtains from the existence of the rich man is the tax revenue. And since that is the only benefit, we should maximize that benefit. Because there’s no other benefit besides the tax revenue, there is no tradeoff to increased taxation—maximizing tax revenue does not come at the expense of anything else.

We take each of these in turn.

Second, Krugman forgets about the existence of the deadweight loss of taxation. All taxation produces two things: revenue and deadweight loss. This deadweight loss exists because taxation prevents some trades and exchanges from taking place that would have been mutually beneficial. A tax increases the cost of production for producers and increases the purchase price for consumers. This means that some mutually beneficial trades simply do not take place. The surplus value for both consumers and producers that would have been created by these trades is the deadweight loss of the taxation that reduces the number of such trades. In other words, deadweight loss is the reduction in the total surplus—which includes both consumer and producer surplus.

In charity to Krugman, let us assume that there are public goods which the market cannot produce. Suppose, for the sake of argument, that there are two goods in the world: personal computers and sewage systems. Personal computers are a private good which the market can provide, while sewage systems are a public good which only government can provide. If the tax rate is zero, then only personal computers will be produced. We will obtain the “efficient” quantity of personal computers, where supply and demand intersect. There will be no deadweight loss. But we will have only computers and zero sewage facilities. Everyone will have the fastest computer, but they will have to relieve themselves in their backyards in between computing sessions. This is clearly not a desirable outcome.

If the government taxes personal computers, using the revenue to pay for the construction of a sewage system, then there will be some deadweight loss. Personal computers will become more expensive, and consumers will have access to a reduced quantity at a higher price. But in return, consumers will gain access to sewage systems. Even though consumers obtain less utility or satisfaction from personal computers than before, they are more than compensated by the ability to use a sewage system and indoor plumbing. Thus, taxation can be beneficial when it is used to fund public goods that the market cannot provide. The increased utility of the public goods may be greater than the deadweight loss of taxation.

But this does not imply that tax revenue should be maximized, as Krugman claims. Rather, it implies, tax revenue should be increased up to the point where the quantity of total surplus (value of public goods minus the deadweight loss) is maximized. It is difficult to say precisely where this point will be, because we must also consider the costs and benefits of public goods. For example, a sewage system may cost $1 million to construct but provide $1 billion of benefits. Just as private goods create consumer surplus, so do public goods. The basic point, however, is that the tax rate should be increased up until the point where the marginal increase in consumer surplus from providing additional public goods is just equal to the marginal increase in deadweight loss from taxation. This tax rate will be less than the rate which maximizes total tax revenue, because we have recognized that every tax imposes a deadweight loss. Maximizing tax revenue cannot pursued without incurring a tradeoff.

Finally, Krugman confuses marginal with total value. When a person’s marginal product is $1,000, and they earn $1,000, what this means is that the “last” person in the world—taken at random—who performed that given action, added $1,000 of value to the world by performing that action. In equilibrium, the last person who performs the action just breaks even, because they add $1,000 to the world but their action also costs $1,000. That is why they are the last person to perform that action, and why nobody else takes that action—because that action has been pushed just to the point where marginal cost equals marginal benefit. But there are many people who took that same action earlier, and for them, the marginal benefit exceeded the marginal cost. Thus, the total benefit exceeds the total cost.

The fact that total value more than proportionally exceeds marginal value has important implications. If a firm loses all ten of its workers, the loss is far more than ten times the marginal productivity of any individual worker. Similarly, if society were to tax all rich people to the point that they disappeared, the loss would be far greater than if only one rich person disappeared and all the others remained unaffected. Krugman does not see this because he confuses marginal value with total value. When Krugman says that a rich person produces no value for society other than his tax revenue, because the rich person is paid his marginal product, Krugman is paying attention only to marginal value, and he ignores the fact that total benefit far exceeds total cost. This confusion basically boils down to forgetting consumer surplus again. By forgetting that marginal value does not equal total value, Krugman has forgotten that surplus value exists.

An employer would be mistaken to believe that just because he breaks even on his final employee, therefore, he can fire all his employees and remain unaffected. Just because a firm kept on continually hiring workers—with each worker contributing progressively less to the firm—until the last worker produced barely more value than his wage does not mean that the firm would be just as well-off hiring nobody at all. It is equally fallacious to believe that just because society breaks even on its last rich person—so that the loss of this one rich person would have very little effect—that therefore, all rich people collectively have no economic value.

Thus, Krugman’s attempt to justify Ocasio-Cortez’s high tax rates falls flat. According to Krugman, the rich man is paid exactly as much as he produces for society, so that society just breaks even with no gain or loss. Society’s only gain is the revenue from taxing the rich man. However, Krugman forgets about consumer surplus, and he also forgets about the deadweight loss of taxation (which is equivalent to lost surplus—including both consumer and producer surplus). If we assume for simplicity that every rich person produces the same good or service as every other rich person—so that they are all interchangeable—the last rich person produces as much as he is paid. The marginal social value of the last rich person is thus equal to his marginal social cost. However, total value of all these rich people collectively will far exceed their total cost. Just because society breaks even on the last, least valuable rich person does not imply that society could dispense with every rich person.

Michael Makovi is a Phd student in Agricultural and Applied Economics at Texas Tech University in Lubbock, Texas, and a fellow with the Free Market Institute at Texas Tech. ​His fields of research are Austrian economics, Public Choice economics, and Constitutional Political Economy. His latest research studies the governance of homeowners associations (HOAs) and other forms of proprietary communities.