Hayek vs. Beveridge on the Welfare State: Reactions to Hayek

The Road to Serfdom arrived in the spotlight just as public opinion was turning against the New Deal. 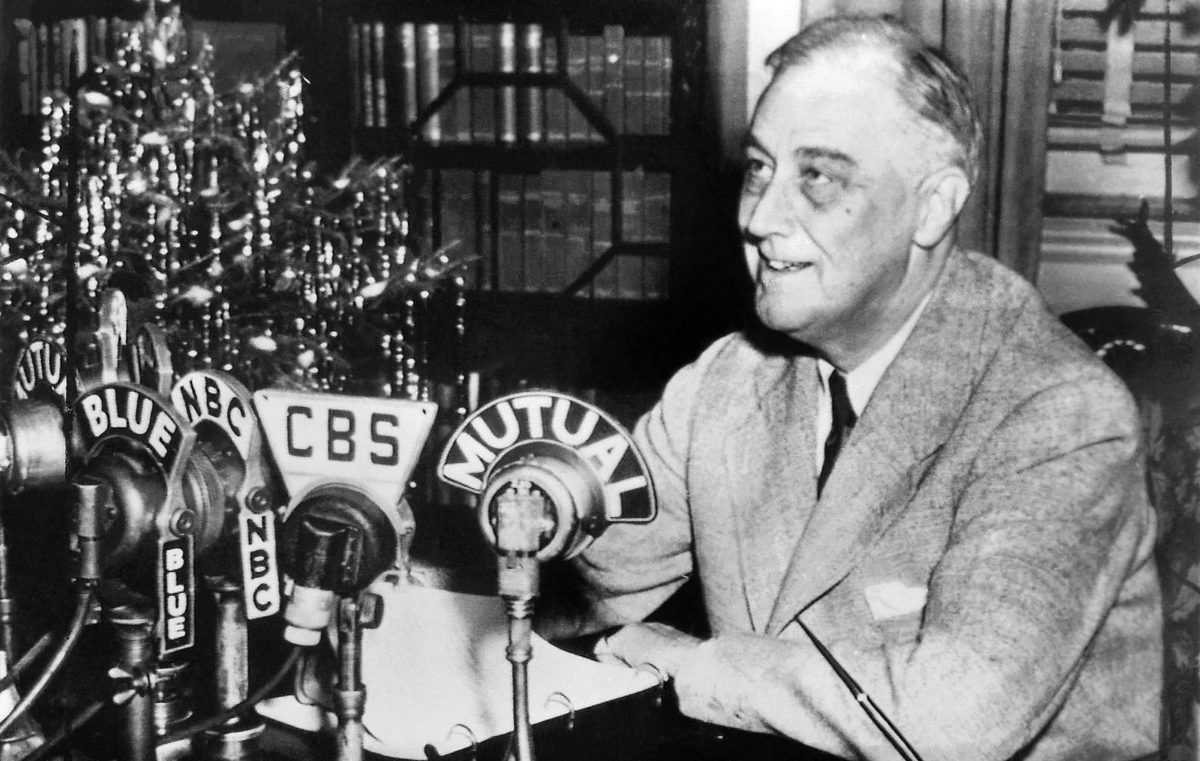 The Road to Serfdom’s popularity in the United States is much stranger than the Beveridge Report’s success in Britain. The Road to Serfdom had been a small success in Britain, selling out two printing runs of 4,500 copies. It received favorable reviews from the likes of George Orwell, who wrote, “It cannot be said too often—at any rate, it is not being said nearly often enough—that collectivism is not inherently democratic, but, on the contrary, gives to a tyrannical minority such powers as the Spanish Inquisitors never dreamt of.” When The Road to Serfdom first reached the United States in late 1944, it seemed that it would find a similar niche among scholarly readers and its initial sales of 17,000 copies seemed to confirm that prediction. Everything changed in April 1945 when the popular magazine Reader’s Digest—with a readership of close to ten million—led an issue with a highly condensed version of The Road to Serfdom. The magazine then offered a longer, abridged edition to its Book-of-the-Month club and sold a million copies by the end of 1945. The condensed versions broadened the otherwise weighty book’s appeal by removing the intellectual history—presumably, the average Reader’s Digest subscriber was not interested in early nineteenth century European socialism—and by emphasizing Hayek’s warnings about the threat of socialist central planning to democratic institutions. As mentioned earlier, Max Eastman did the abridgement and his influence shows through, especially when he writes, “It has been well said that, in a country where the sole employer is the state, opposition means death by slow starvation.” Hayek had not referenced the Soviet-engineered Ukrainian famine in 1932, but a disgruntled former communist like Eastman could not resist slipping it in. Even a popular rag like Look magazine got involved by including The Road to Serfdom in Cartoons, which illustrated the transformation of democracy into tyranny in just 18 panels.[i]

The Road to Serfdom sold in America because it was in the right place at the right time. Since 1937, American popular support had begun swinging away from the New Deal and central planning. Support for the New Deal began to wane after Franklin Roosevelt’s “Court-packing plan.” In 1935-36, the US Supreme Court had ruled against key components of several New Deal programs, including the NIRA and the AAA. Roosevelt responded by suggesting legislation to increase the number of sitting justices, a change that would allow him to “pack” the court with New Deal-friendly justices. In a radio address in 1937, historian James Truslow Adams questioned the precedent set by tinkering with the courts, “The question is of the freedom of that Court which in the last resort is the sole bulwark of our personal liberties.” Roosevelt’s ham-handedness seemed to justify conservative accusations of executive “dictatorship.” Those fears appeared to be confirmed when Roosevelt then pushed a bill to reorganize the executive branch in 1937. The bill proposed “to give the President more control over the civil service, [and] to limit the autonomy of the independent regulatory commissions.” The practical outcome of the bill would have been “to expand the power of the executive at the expense of the legislature.” One of the President’s political allies warned Roosevelt that people had started “to unconsciously group four names, Hitler, Stalin, Mussolini, and Roosevelt.”[iii]

Despite the obvious hyperbole, Roosevelt’s attempt to centralize authority in the executive branch by deducting it from the legislative and judicial branches rubbed many Americans the wrong way. The United States Constitution codified the separation of powers in order to counter the possibility of tyrannical ambitions from any single branch. Roosevelt’s Court-packing plan was a success in the short term; the Supreme Court—after the death or “conversion” of several conservative justices—stopped overturning New Deal legislation, but Roosevelt could no longer depend on legislative support and he had hurt his image among many voters. The Republican Party won major congressional victories in 1938, 1942, and 1946, and, with each election cycle, it became that much harder for Roosevelt to defend the New Deal victories of the 1930s. By the time The Road to Serfdom arrived, Congress had abolished the National Resources Planning Board, the Works Progress Administration, and the Civilian Conservation Corps. The Road to Serfdom rode a wave of conservative skepticism that crested with the Republican capture of both House and Senate in the elections of 1946.[iv]

It is remarkable that a policy report and a scholarly treatise by two economists from the London School of Economics enjoyed the level of success that they did. Immediately following the war, both men slipped into the background of political events. On the merits of his plans for social security and full employment, Beveridge served one year in the Commons for the Liberal Party but was defeated in the Labour landslide of 1945. He became a town planner in 1947 and continued to serve in the House of Lords. Governments gradually stopped asking for his advice, and he became annoyed with the newly popular term “welfare state.” He dismissed it as a “Santa Claus state,” preferring the term “social service state,” which emphasized citizen’s duties rather than their rights. His biographers have struggled to pin down Beveridge’s political philosophy, a unique blend of liberalism and collectivism. Early in his career in the civil service, Beveridge joined the Fabian Society—democratic socialists who favored gradual socialist reform instead of revolution—and befriended Sidney and Beatrice Webb. Beveridge, while running for the Liberal Party in 1945, understandably downplayed his prior membership in the Fabian Society and claimed that he never considered himself a socialist.[v]

Jose Harris points out that Beveridge was rather more active in the Fabian Society than he later claimed, giving a number of lectures defending a gradualist form of socialism. Also, Harris notes that Beveridge’s decision to run under the Liberal rather than the Labour Party hinged upon the unwillingness of Labour leader Clement Atlee to guarantee that Beveridge could vote his conscience rather than toeing the party line. Harris convincingly argues that Beveridge was more a socialist than anything else, at least during the mid-1940s. His early belief in free trade and the free market had been dashed by what he believed to be the failure of capitalism in the Great Depression. Furthermore, his policy proposals were “virtually indistinguishable from those of many people in the Labour Party who called themselves ‘socialists’.” By the end of the war, he favored government-guaranteed full employment, price controls, national ownership of utilities, and public housing. If his rhetoric contained “residues” of nineteenth century liberal thought, well, that “could equally be said of the mainstream of English socialist thought at the time.” Other historians caution against tying Beveridge too closely to socialism. Tony Cutler, Karel Williams, and John Williams use the term “liberal collectivist.” Rodney Lowe prefers “reluctant collectivist.” All of these alternative explanations lump Beveridge together with John Maynard Keynes. The problem is that although Keynes favored government “pumping” of the economy, he strongly opposed nationalization and price controls, and other forms of direct government regulation of the economy, all positions that Beveridge favored to some degree by 1945. Beveridge defies easy categorization because he used the language of nineteenth century liberalism while supporting socialist reforms. An independent-minded man to the last, he probably would have enjoyed his biographers’ confusion.[vi]

Like Beveridge, none of Hayek’s later books—including Individualism and Economic Order (1948), The Constitution of Liberty (1960), and Law, Legislation, and Liberty (1973-79)—had as much success as The Road to Serfdom. In 1947, he founded the Mont Pelerin Society, an organization dedicated to the promotion of market economics and libertarian political thought. Four of its members, Milton Friedman, George Stigler, Maurice Allais, and Hayek himself, went on to win Nobel Prizes in Economics. In 1950, Hayek joined Friedman and Stigler at the University of Chicago, cementing the Chicago School of Economics’ reputation as a bastion of free market economics. Hayek’s work reemerged into the public spotlight with the elevation of Margaret Thatcher as Prime Minister of Great Britain in 1979. Thatcher read The Road to Serfdom as a teenager and continued to follow Hayek’s work throughout her career. In a famous incident, one of Thatcher’s moderate, Conservative colleagues gave a paper proposing a “middle way” for the Party. While he was speaking, Thatcher pulled a copy of Hayek’s Constitution of Liberty out of her briefcase and slammed it down on the table with the words, “This is what we believe!” Thatcher heeded Hayek’s warning about the dangers of central planning; she privatized national industries, broke the trade unions, and pursued an aggressively anti-Communist foreign policy.[vii]

Neither Hayek nor Beveridge expected much from these works at the time that they wrote them. After finishing The Road to Serfdom, Hayek had intended to return to publishing pure economics, his “real” work, but its success convinced him to write political philosophy for the rest of his life. Beveridge did not want the task of reforming social security when it was first assigned to him. After the war broke out, he had hoped for a high position in the Coalition government, perhaps even a cabinet position. He was “heart-broken” when the Ministry of Labour did not offer him a position. Finally, in 1940, he was given a minor position, but then, the following year, “promoted” as a way of kicking him upstairs; at that meeting, he cried in disappointment, but he redoubled his efforts. The Beveridge Report was the result. Neither The Road to Serfdom nor the Beveridge Report were expected to make waves in Britain in the 1940s. Yet seventy years later they continue to shape both British and American political discourse.[viii]

[iv] For example, in 1936, the ratio of Democrats to Republicans in the House of Representatives was 334 to 88. In 1938, 262 to 169. In 1942, 222 to 209. In 1946, the Republicans captured a majority with 246 seats to the Democrats 188. That ten-year span was perhaps the most dramatic decade long shift in congressional history. Although the Republicans did not capture a congressional majority until 1946, after 1938 southern Democrats became increasingly dissatisfied with the New Deal and Roosevelt could no longer count on their votes; Brinkley, 141.